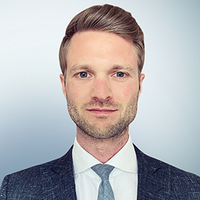 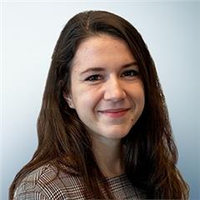 The European Commission (Commission) has published its Final Report on the consumer Internet of Things (IoT) sector inquiry. The conclusions drawn from it will set the scene for what companies can expect in terms of antitrust enforcement and regulation in the tech space and other innovation-heavy industries. The Final Report also illustrates the Commission’s shift towards considering regulation as a tool to supplement competition enforcement, in particular in the tech space.

According to Commissioner Vestager “the consumer Internet of Things sector is increasingly becoming part of our everyday life. The final findings of our sector inquiry confirm concerns identified in the preliminary report. This is a market with high barriers to entry, few vertically integrated players and concerns about access to data, interoperability or exclusivity practices amongst others. We are confident that the sector inquiry’s findings will provide guidance on the Commission’s future enforcement and regulatory activity. We are also hopeful that it will stimulate companies to pro-actively address those concerns.”

The Final Report focusses on: (i) the characteristics of consumer IoT products and services; (ii) the features of competition in these markets; and (iii) the main areas of competition concerns. In particular, it highlights the following potential issues:

In a nutshell, the areas of potential concern identified in the Final Report are a variation on the recurring themes underpinning the Commission’s recent regulatory and enforcement actions in the tech space.  Indeed, the Commission focuses on alleged self-preferencing type of behaviour and whether this can enable players to transpose their strength in one market into adjacent markets.

The Final Report is expected to guide the EC’s future enforcement and regulatory activity in the sector.

(i) Potential investigations off the back of the Final Report

While the Final Report may lead to targeted antitrust investigations in the next years – as was the case following the pharma and e-commerce sector inquiries – the Commission stressed that any subsequent enforcement will have to be based on a case-by-case assessment.

The Commission also urged players to proactively address the concerns raised in the report, hinting at the possibility of pre-empting formal investigations.

Negotiations between lawmakers and the EU governments on the DMA are still underway. Following ongoing trilogue discussions, an agreement on the final text of the DMA is currently expected by the end of March (although this could shift a few months). The Commission appears to have accelerated the publication of the Final Report, likely with a view of influencing the legislative process for the DMA as it draws to a conclusion.

In particular, it is still being debated which “core platform services” can trigger the designation of a digital platform as a “gatekeeper” under the DMA. While the Commission’s draft proposal did not designate consumer IoT services (like voice assistants) as a “core platform service” under the DMA, the European Parliament did propose an amendment in that regard. The findings of the Final Report will undoubtedly add to this debate.

Finally, the Commission also announced that the Final Report will inform upcoming initiatives aimed at clarifying and improving the standard essential patent (SEP) framework. The Commission has been working on legislative and non-legislative initiatives to ensure that the process for adopting industrial standards in the EU is fit for the digital transformation. See our blogpost on the Commission’s 2017 roadmap on the topic of SEPs, where the IoT and 5G were identified as particular areas of concern.

In conclusion, the Final Report is expected to solidify the Commission’s course of direction in the tech space, both in terms of enforcement and regulatory action. Companies active in the sector may want to assess their current commercial practices against the findings set out in the Final Report.

Please contact us or your usual contact in our Antitrust, Competition and Trade team if you would like to discuss these findings further. To read more about these and other antitrust developments, refer also to our 10 key themes report on global antitrust in 2022: Digital antitrust- managing the wave of new rules and regulations.