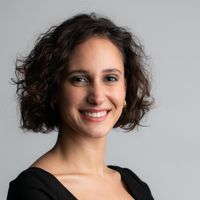 The growing use of interconnected devices which collect and exchange data over the internet (the Internet of Things or IoT) is transforming our consumer landscape. As these devices increasingly become part of consumers’ everyday lives, competition authorities are looking to understand how this technology works and what the key aspects of competition are within the consumer IoT space.

On 9 June 2021, the European Commission published its preliminary report on the sector inquiry into consumer IoT launched in July 2020 (the Preliminary Report), presenting initial findings on the parameters of competition in the IoT sector (e.g. quality and brand reputation, cyber security, privacy policy, price and access to technology) as well as broader themes like interoperability, standardisation and data.

The sector inquiry fits within the broader context of the Commission’s Digital Strategy and ongoing policy initiatives in the IoT sector. Building on the success of the GDPR in establishing global standards and encouraging international convergence around data privacy, the EU has sought to position itself at the heart of digital policy making globally, including in the IoT sector. The Commission’s 2017 Communication on ‘Building a European Data Economy’ further aimed inter alia at “contributing to the creation of a European single market for IoT.”

Background to the IoT sector inquiry

When Margrethe Vestager was appointed as both Competition Commissioner and Executive Vice-President in charge of ensuring ‘A Europe fit for the Digital Age’, she was tasked with using her “general market knowledge […] in the digital sector”, picked up as Competition Commissioner, to inform digital policy-making and encouraged to make use of “the tool of sector inquiries into new and emerging markets that are shaping our economy and society.” As a result, when the Commission’s latest Digital Strategy was announced in February 2019, the launch of a sector inquiry was considered as one of the key actions to ensure a “fair and competitive economy.”

After speculation as to which sector Commissioner Vestager would investigate (rumours included data-sharing practices in the automotive sector and the payments industry), the Commission announced the launch of a sector inquiry into consumer IoT in July 2020 with the Preliminary Report published last week.

Scope of the sector inquiry

The Preliminary Report is based on information provided by over 200 stakeholders (including large corporations, SMEs, start-ups and specialised service providers) located across Europe, the US and Asia, and which are active in one or more of the four consumer IoT segments identified by the Commission:

In addition to these stakeholders, the Commission has consulted relevant industry organisations, including international standardisation organisations, private not-for-profit organisations and alliances between companies operating in the consumer IoT sector.

Key parameters of competition in the IoT sector

The stakeholders were asked to identify the key parameters of competition in the consumer IoT sector and the initial findings of the Preliminary Report are as follows:

Respondents to the IoT sector inquiry have identified several broader themes with respect to ensuring effective competition in the IoT sector. These include the following:

The Preliminary Report is now subject to further consultation and a final report is expected in the first half of 2022. The Commission has said that the final results of the sector inquiry will provide “guidance to the Commission’s future enforcement activity”, as well as “feed into [its] regulatory work”.

Please contact us or your usual contact in our Antitrust, Competition and Trade team if you would like to discuss these findings further. To read more about these and other antitrust developments, refer also to our 10 key themes report on global antitrust in 2021 – Antitrust, data and tech: promoting competition and innovation