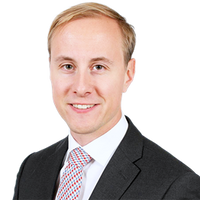 The UK government has proposed an extensive set of reforms to the competition law regime, together with proposed new powers to regulate certain digital firms with so-called “strategic market status”.

The reforms follow in the wake of a series of proposals in the last few years, such as those made by former CMA chair Lord Tyrie, the report on digital competition led by former adviser to President Obama (Professor Jason Furman) (the Furman Report), last year’s report by Conservative MP, John Penrose (the Penrose Report) and the CMA’s recent Digital Markets Taskforce report (the Taskforce Report).

Underpinned by a perception that some markets have become too concentrated and consumers are losing out, an overwhelming theme of the proposals is a desire for speed across investigations, the imposition of remedial (interim and final) measures and any appeals against decisions. Taken together, they constitute the biggest reform of UK competition and consumer policy since the creation of the Competition and Markets Authority in 2014.

Given the government’s stated commitment to ensuring the UK has strong and effective regimes in place which will drive innovation and growth, and will be fit for purpose in a 21st century post-Brexit UK, an important challenge will be how to balance the desire for speed against the need to ensure that businesses’ rights are respected, decisions are robust and intervention is proportionate, properly grounded in evidence and will not lead to adverse consequences for competition, innovation and consumers.

This blog sets out some of the key proposals for the competition regime and digital markets. Please see our separate blog “Proposed reforms to consumer law and enforcement” on the proposed reforms to the consumer regime. Please get in touch with us for more details. The proposals are open for comment until 1 October 2021.

The proposals envisage a significantly more active role for the government in shaping competition policy and the CMA’s future work.

An open question at this stage, which businesses are likely to want to see addressed, is how the government will balance these objectives with its long-standing policy of independence for competition authorities and the importance of fair and impartial investigations.

Changes to the CMA’s markets regime

The government’s proposals to reform the framework for market studies and market investigations and the speed at which they are conducted are particularly ambitious.

Given that “non-structural” remedies (including the sorts of data access-related and interoperability remedies envisaged by the government) are capable of being just as intrusive as “structural” divestment remedies, businesses are likely to want to consider whether the CMA’s Board will provide sufficient independence.

It will also be important to consider whether, given the government’s stated desire to ensure that the markets regime contributes to making “the UK the best place to start and grow a business”, the CMA’s timeframes will lead to robust and high-quality decisions that can provide long-term benefits to both businesses and consumers – particularly in complex and fast-developing sectors of the economy.

The government notes that it considers the UK’s voluntary merger control regime is working well “on most metrics” and should remain a voluntary and non-suspensory regime. Nonetheless, and against the backdrop of the CMA’s increasingly expansive interpretation of the jurisdictional “share of supply” test, the government has proposed broad changes which it says are designed to increase speed, efficiency and predictability. These include:

While the proposal to create a merger control “safe harbour” may increase predictability for some businesses, the proposed new threshold will expand the CMA’s jurisdictional remit considerably. This discussion will be particularly relevant given the new jurisdictional threshold incorporates the flexible “share of supply” test, which provides the CMA with considerable discretion in asserting jurisdiction (as shown by the recent Sabre/Farelogix litigation) and the ability to impose extensive hold separate orders (particularly in the case of completed transactions).

Building on the concerns expressed in the Penrose Report, the consultation contains a slew of proposals aimed at making CMA investigations faster and more flexible.

In light of the cumulative effect of the government’s proposals to speed up and streamline CMA enforcement, businesses and other stakeholders are likely to be particularly interested in engaging with the government on the standard of review in CAT appeals to ensure that CMA decisions remain subject to proper judicial scrutiny. This is an issue that has proved highly controversial in previous consultations.

Enhanced CMA investigative and enforcement powers across the board

In anticipation of the CMA’s caseload growing in both number and complexity, the government also proposed to upgrade the CMA’s information gathering and enforcement powers to enable the CMA to conduct investigations more swiftly and effectively. The proposals include:

The government has also opened a second consultation on its proposal to create a new “pro-competition regime for digital markets”. The drive to create new rules for the digital space mirrors developments in other jurisdictions, such as the proposed Digital Markets Act in the EU.

The overarching objective of the proposals is to promote competition and competitive outcomes in digital markets, to the benefit of consumers through increased growth and innovation in the digital economy. The government’s proposals draw heavily on the previous recommendations in the Furman Report and the Taskforce Report. The proposals include:

Given the parallel proposals to tackle “killer acquisitions” in the government’s other consultation (see above), it is not clear at this stage why another merger control regime is required in order to address similar concerns.

Overall, the stated aim of the government’s DMU proposals is to make competition fairer for smaller businesses and unleash a “wave of innovation” without making regulation overly burdensome on businesses. It remains to be seen whether respondents to the consultation consider that the new regime will contribute to strengthening the UK’s position as a competitive, attractive and innovative tech market, or if, as currently proposed, the proposals risk having a chilling effect on competition, innovation and trade, particularly in fast-moving markets which have contributed significantly in the delivery of accessible and innovative services for UK consumers and businesses. It also remains to be seen how the government will approach taking forward these proposals, particularly alongside the European Commission’s proposed Digital Markets Act.

To read more about these issues and developments globally, please see our Global antitrust in 2021: 10 key themes report – antitrust in a changed world. You can also get in touch if you would like to discuss any of the issues raised here.