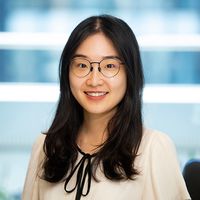 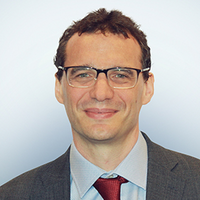 BCRs were developed under EU data protection law, which contains similar restrictions on transfers of personal data outside of the European Economic Area (EEA). They are widely considered to be a ‘gold standard’ given that they are approved by a regulator. For many group companies, BCRs are an efficient mechanism as a single BCR regime can be used to eliminate the need to put in place (and maintain) numerous contractual SCCs to cover intra-group data transfers.

Unfortunately, the process of obtaining BCRs in both the UK and EU has historically been notoriously costly and time consuming (in some cases taking years). This has reduced the uptake of BCRs since using SCCs as an alternative is relatively simple and does not require regulatory approvals.

The ICO has made a number of key changes that aim to simplify and quicken the UK BCR application process, including:

Under the ICO’s new approach a UK BCR will include:

The UK BCR regime will continue to distinguish between ‘controller’ and ‘processor’ BCRs.

BCRs aren’t enough on their own!

Before BCRs (or SCCs) may be used to make a transfer of personal data out of the UK, a ‘transfer risk assessment’ (TRA) must be undertaken for the specific transfer to ensure appropriate safeguards are in place in the circumstances. TRAs must consider various factors, such as the surveillance laws of the destination country.

The ICO’s updated guidance confirms that:

A TRA can be a complicated exercise and challenging for many organisations, but the new guidance confirms that TRAs will not need to be submitted to the ICO as part of the BCR approval process.

Organisations with approved BCRs must also ensure they meet all the various other compliance requirements under data protection law that are not specific to international transfers (including compliance with each of the data protection principles and rights of data subjects).

The ICO’s desire to simplify and shorten the BCR process is admirable. Nevertheless, UK BCR applications will remain a major project for any organisation and will need to be carefully managed by the organisation and their advisors to ensure the process runs efficiently.

The main beneficiaries of the changes may be organisations seeking only UK BCRs. The ICO’s new approach to BCRs differs sharply from the approach taken in the EU and the ICO has indicated it is not possible to co-mingle UK BCRs with EU BCRs. Companies will therefore have to navigate two different application processes and requirements to obtain both EU and UK BCRs. This may bring further overheads.

It also remains to be seen if the ICO’s new approach will result in quicker BCR applications. For example, the less prescriptive approach may require the ICO to spend more time considering the documents submitted.

The ICO has said it will keep its approach to UK BCRs under review and will look for opportunities to improve its guidance and BCR processes in the future.