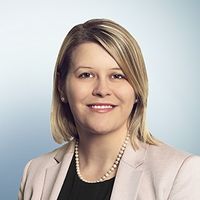 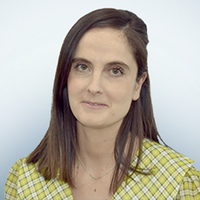 The UK government-commissioned ‘Equity in medical devices: Independent review’ panel has launched a call for evidence to inform its evidence gathering process, which closes on 6 October.

The call for evidence (and related terms of reference) clarifies that all medical devices are in scope of the review, including AI-enabled applications, and that a range of diversity measures will be under the spotlight, in addition to ethnicity. The results are expected to inform the panel’s recommendations to the UK government which is due by June 2023.

At the end of last year, the UK government commissioned an independent ‘rapid’ review into whether there may be systemic bias inherent in medical devices on the market in the UK. This review forms part of an ongoing stated priority to tackle health inequalities, some of which were highlighted or exacerbated by the global pandemic (see our analysis here for further details).

Professor Dame Margaret Whitehead was subsequently appointed to chair the ‘Equity in medical devices: Independent review,’ and the terms of reference were released in April providing further details, including studies suggesting the existence of a possible ethnicity gap in medical devices in the UK, for example with respect to the efficacy of pulse oximeters for darker skin. Additionally, the terms of reference note concerns that AI algorithms may be inadequate for particular groups eg, women and persons of low socio-economic status who are not as well represented in data sources as other groups.

The review has now entered a new phase with a call for evidence, launched on 11 August 2022. The call for evidence states that the evidence is ‘not yet conclusive’ as to whether the design, development or use of medical devices may lead to differences in safety or effectiveness based on diversity characteristics. The panel welcomes ‘any data and evidence’ concerning equity or bias concerns, as well as suggestions and ideas for potential solutions. The panel seeks views from interested groups, including: community leaders; diverse patient groups; industry and device regulators; and standard setters.

The accompanying guidance clarifies that all types of medical devices are in scope including AI-enabled applications. It also clarifies that the review is considering diversity metrics based on social or demographic characteristics, in addition to ethnicity.

The review panel aims to provide recommendations to government by June 2023 on how to ensure that the development and use of medical devices is equitable. For those interested in responding, the call for evidence is open for eight weeks and will close on 6 October (the link for the online response survey is here).