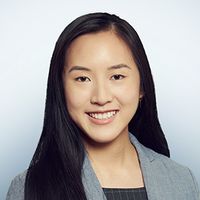 With special thanks to summer associate, Julie Min.

You just bought an NFT. But is it actually yours? The answer isn’t as clear as you think.

Non-fungible tokens, as part of the growing trend of digital assets, have unique identification codes that allow them to function as one-of-a-kind trading cards. Currently, the underlying terms and conditions surrounding the acquisition or sale of NFTs are dispositive when it comes to determining ownership. Yet when issues of ownership are intertwined with theft, legal uncertainties arise.

For example, take a look at Seth Green’s Bored Ape NFT #8398, aka Fred Simian. Fred was kidnapped after a phishing attack by an anonymous scammer days before its debut on an upcoming television show. When Green finally tracked the Ape down, it was found to be in the possession of a subsequent good faith purchaser. The issue? Whether Green is still the true owner of the Bored Ape, and if not, whether he at least owns the rights to air Fred on the television show without possession.

Under New York law, a thief never has good title, so neither does the successor good-faith purchaser. OpenSea – the digital marketplace where the stolen Ape was sold to the good faith purchaser in question – falls under New York jurisdiction. Yet, it is unclear whether the terms surrounding NFTs will overcome the presumptions provided by New York law. To leave matters unsettled, Green bought the Ape back from the good faith purchaser instead of taking the case to court. The problem runs in a circle: the legal uncertainty surrounding ownership of NFTs disincentivize parties from litigation, leading to a dearth of precedent which causes further uncertainty.

Fortunately, courts outside the U.S. are starting to address these issues. Early opinions appear to strengthen ownership protection for NFTs beyond possession-like arguments which are more easily recognized by and are inherent in blockchains. This is especially relevant with regards to ownership disputes arising out of NFT transactions that take place on NFT marketplaces, where the marketplaces have significant control over and directly profit from the transactions.

In China, the Hangzhou Internet Court recently ruled for the original creator who asserted rights over an illustration series against an NFT marketplace where an identical copy of the artist’s work was traded as an NFT. The court found that NFT hosting and commercial marketplaces have a duty to ensure the underlying rights to the assets that are being traded on their platforms.

The UK’s High Court has also placed responsibility on similar marketplaces. Following the theft of two digital works that are part of the Boss Beauties Collection, the judge held that the stolen assets were distinct “property” and issued an injunction to freeze the assets on the market. Its significance? The ruling provides greater ownership certainty for consumers who may have otherwise been less likely to trust NFT transactions.

As the market for digital assets grows, ownership uncertainty surrounding NFTs will likely arise in myriad new and existing areas like digital identity, gaming, social media, health care, and sports. As nascent legal regimes slowly take shape, there is growing reason to believe that the terms of use marketplaces hold themselves to will be critical to the rights and obligations of creators, marketplaces, and buyers. To the NFT marketplaces out there: it may be prudent to draft unambiguous conditions and develop verification capabilities until we receive clearer guidance from the courts.