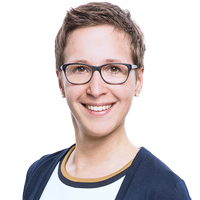 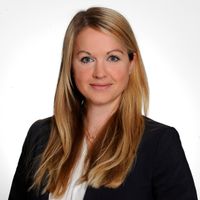 In December 2020, the European Commission presented the legislative proposal for the Digital Services Act (DSA). Together with the Digital Markets Act (DMA), the DSA aims to improve safety and protect fundamental rights in digital environments and establish a level playing field in the European Single Market by harmonising standards and increasing accountability of online services. On 5 July 2022 the European Parliament held the final vote on this Digital Services Package that forms part of the European Digital Strategy.

The vote and next steps

The Digital Services Act was adopted by the European Parliament with 539 votes in favour, 54 votes against and 30 abstentions.

Once formally adopted by the Council, the DSA will be published in the EU Official Journal and enter into force twenty days after publication. According to the press release of the European Parliament, this should happen in Autumn this year. It will then generally be directly applicable across the EU and will apply fifteen months after the entry into force or from 1 January 2024 (whichever comes later). For very large online platforms and very large online search engines, the rules will kick in earlier: Once designated by the European Commission, providers of very large platforms and very large online search engines have four months to comply with the DSA. Designation by the European Commission takes place on the basis of user numbers reported by these services providers, which service providers will have three months after entry into force of the DSA to provide.

But what is the DSA all about? As Eugene and our colleague Julia already summarized, the DSA follows the principle “what is illegal offline, must also be illegal online”. While the DSA does not define what is illegal online, it aims to protect digital spaces against the spread of illegal content and products while ensuring the protection of free speech. The DSA therefore contains, inter alia, new obligations that are meant to increase transparency for users, e.g. through information on if and how platforms moderate user content, as well as mandatory procedures to give the user the possibility to challenge moderation decisions. Beside that, the DSA will reconfirm and update the rules of the E-Commerce Directive for the limitation of liability of intermediary services providers as well as introduce asymmetric and cumulative obligations for very large online platforms and search engines to prevent abuse of their systems.

Steps to take to be prepared

Now that it is clear that the DSA will come into effect and in what timeframe, companies should be prepared. It should be checked whether the DSA will apply to the business model, whether the new requirements are already fulfilled or whether new processes have to be implemented and existing contracts have to be updated.

Watch the space for more insights into the DSA in the course of the next weeks, including the DSA and IP. If you would like to discuss the implications of the DSA, reach out!