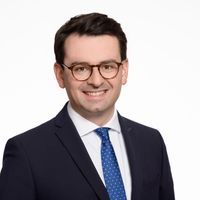 About two years ago the European Union presented a vision for the digital future of the EU. This ambitious programme includes (amongst others) the AI Act and the European Data Strategy with the Digital Markets Act (DMA) and Digital Services Act (DSA). However, none of the strategy projects is as advanced as the Data Governance Act (DGA), which was passed in a first reading by the European Parliament with a broad majority on 6 April 2022.

The DGA aims to strengthen and increase trust in data-sharing mechanisms across Europe. Establishing common European data spaces in sectors such as health, environment and energy is hoped to facilitate the reuse of data held by the public sector. Indeed, making more data publicly available was a core concern of the Members of the European Parliament during the negotiations.

The vote means the regulation has cleared another major hurdle in the EU legislative process and is a step closer to coming into force. After the consent of the Council, the DGA will be directly applicable in all Member States 15 months after its promulgation.

Passing the DMA and the EU Data Act

More than 16 months have passed between the EU Commission’s 25 November 2020 proposal and the Parliament’s vote. Negotiations resulted in a so called “political agreement" on the DGA on 30 November 2021 (just as in March 2022 on the DMA). Such political agreements represent a non-binding preliminary compromise between the institutions involved and only occur when the Council’s Permanent Representatives Committee (COREPER) confirm to the EU Parliament that the current state of negotiations is approved by the Member States. Only then, as is now the case with the Data Governance Act, does a formal vote take place in the Parliament.

Work on the DGA is almost complete and negotiations between the DMA and DSA are coming to fruition, and the EU Commission has already presented the next step in the EU’s data strategy: the EU Data Act, which aims to facilitate access, exchange and use of data between companies and Governments.

Find more information about the Data Governance Act and the EU Data Strategy in our previous blog posts and other material:

This blogpost was created in contribution with Jasper Bartels, legal trainee in the German Public Affairs department.