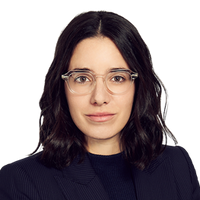 On January 20, 2022 the Federal Reserve Board published a paper that it described as the first step in a public discussion between the Federal Reserve and stakeholders about central bank digital currencies (CBDCs). The paper, after providing a brief overview of existing forms of money and the U.S. payment system, goes on to outline the essential features of a potential U.S. CBDC. The paper then analyzes the main benefits, risks and policy considerations relating to the adoption of a U.S. CBDC and concludes with a request for comments. Comments, to be provided in the form of answers to specific questions listed in the paper, can be submitted until May 20, 2022.

In the paper, the Fed clarified that it does not intend to proceed with issuance of a CBDC without clear support from the executive branch and from Congress, ideally in the form of an authorizing law.

The essential features of a U.S. CBDC

The Fed describes a potential U.S. CBDC as a digital liability of the Federal Reserve that would be widely available to the general public. The Fed highlights that a CBDC could provide households and businesses with an electronic form of central bank money. This is a “highly significant innovation in American money” because there are currently two other forms of central bank money in the U.S.: physical currency issued by the Federal Reserve and digital balances held by commercial banks at the Fed.

The Fed identifies certain essential features for a CBDC to best serve the needs of the public in the United States:

The benefits of a U.S. CBDC

The Fed identifies a number of benefits of a U.S. CBDC:

Risks and Policy Considerations relating to a U.S. CBDC

The Fed also identified several risks relating to the issuance of a U.S. CBDC:

In exploring the risks and benefits associated with a CBDC, the Fed expressly stated that it will not make any imminent decision about the issuance of a U.S. CBDC. The release of the paper shows that the Fed has a real interest in engaging in a dialogue with stakeholders. The Fed lays out a set of questions relating to its examination, seeking responses by May 20, 2022. In particular, it solicits input on additional risks and benefits and whether there are alternative solutions that would yield some or all of the benefits presented by a CBDC. Finally, in addition to a series of detailed questions, the Fed seeks CBDC design ideas that may mitigate some of the stated risks.

In releasing the paper, the Fed acknowledges the demands that fast-moving technological capabilities, driven by the blockchain revolution, are having on market realities. For now, parties interested in the policy outcomes that are sure to involve Congress, the Executive Branch, and the Fed, would do well to consider the paper carefully and provide feedback in the face of a rare opportunity to inform such a significant discussion.