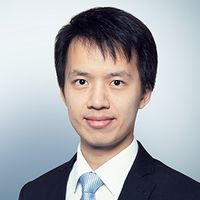 The UK government has published its response to its proposals on extending the UK's financial promotions regime to unregulated cryptoassets. It is no surprise that the proposals will be put in place, with the aim to protect consumers more effectively from perceived misleading advertising and lack of information in the cryptoasset market. The day after the consultation response was published, the Financial Conduct Authority (FCA) published its consultation paper on enhancing the financial promotion regulations on high risk investments, including how the FCA rules will apply to cryptoassets.

TL;DR: in the near future, financial promotions involving “qualifying cryptoassets” (broadly, most currently-unregulated tokens, including bitcoin and ether) can only be communicated by PRA or FCA authorised persons (or with their approval) in accordance with FCA rules, or the promotion must benefit from an exemption. There will be a six month transitional regime from publication of the final rules and legislation for firms to get ready.

We've covered below an overview of the UK regime, the types of cryptoasset that will be brought into scope, the types of activity that is relevant, relevant exemptions and the next steps.

To set the scene, the Financial Services and Markets Act 2000 prohibits persons (in the course of business) from communicating an invitation or inducement to engage in "investment activity" unless such communications are made or approved by an authorised person or otherwise exempt. Breach of this general prohibition is a criminal offence. The detail of what is exactly in scope of the regime, including the types of investments that are in scope ("controlled investments"), is set out in secondary legislation.

What will be in scope?

Whilst certain types of cryptoasset are already covered by the financial promotions regime (security tokens) and e-money tokens are in scope of the Electronic Money Regulations, the UK Treasury has decided to extend the regime further, to cover most types of unregulated token such as exchange tokens (e.g. bitcoin and ether) and utility tokens.

The Treasury will coin the term “qualifying cryptoasset” as a new type of controlled investments so that unregulated cryptoassets will be subject to the financial promotion restriction. Although the final drafting for the term “qualifying cryptoasset” is under development, the policy statement is clear that the term is intended to cover most unregulated cryptoassets and will cover “any cryptographically secured digital representation of value or contractual rights which is fungible and transferable”.

It is interesting to note that there are some differences with the definition of "cryptoasset" used in the UK's Money Laundering Regulations (MLRs) (which is "a cryptographically secured digital representation of value or contractual rights that uses a form of distributed ledger technology and can be transferred, stored or traded electronically"). In particular:

Given the wide definition of “qualifying cryptoasset”, HM Treasury also includes a few exclusions. Cryptoassets that are already regulated as controlled investments and e-money will be carved out, as will central bank money. Cryptoassets which are only transferable to vendors in payment for goods or services and cryptographically secure travel passes, lunch passes and supermarket loyalty schemes will also fall out of scope.

Certain controlled activities in the FPO will also be amended to capture activities relating to qualifying cryptoassets:

After the consultation, HM Treasury considered that no new controlled activities unique to cryptoassets will be added as the view was that the activities listed above (as amended) would likely be sufficient.

What are the applicable exemptions that are relevant to “qualifying cryptoassets”?

Certain communications may be exempt from the financial promotion regime so that unauthorised individuals or businesses may communicate financial promotions without the approval from an authorised person. The approach preferred by HM Treasury is to apply exemptions in the FPO consistently regardless of whether cryptoassets are involved.

One particular point to note - there will not be a new exemption to carve out "promotions" that simply state that a vendor is willing to accept or offer qualifying cryptoassets in exchange for goods or services, because such statements would not constitute an inducement to enter into investment activity, so would not be in scope of the regime.

Transitional regime and next steps

There will be a six-month transitional period from the finalisation and publication of the proposed regime and the FCA rules to ensure that the industry has sufficient time to comply with the new regime. The FCA expects to publish a policy statement in summer 2022, so we expect the new financial promotion regime to apply no earlier than the end of 2022.

The FCA consultation includes how qualifying cryptoassets should be categorised and what financial promotion rules should apply. The FCA proposes to apply the same rules to qualifying cryptoassets as to other high risk investments, such as non‑readily realisable securities and peer‑to‑peer agreements (which will form part of a new category, "Restricted Mass Market Investments").

Recent findings from the FCA suggest that ownership has risen, while the level of understanding of cryptoassets appears to be declining, suggesting that some holders may not fully understand the risks involved. The government believes that these findings further support the case for regulatory intervention to ensure that cryptoasset promotions are fair, clear, and not misleading.

We are proposing steps to help prevent consumers from signing up for inappropriate high-risk #investments and restricting the promotion of #cryptoassetshttps://t.co/1egyQGe8K6

To help protect consumers, the government has today set out our intention to bring certain cryptosssets into the scope of financial promotion regulations, ensuring they are fair, clear and not misleading.