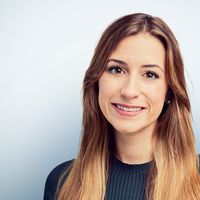 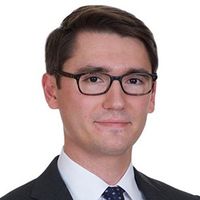 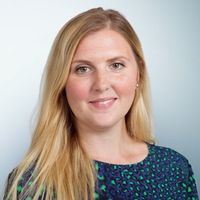 The UK hosted the summit of the G7 competition authorities as part of its 2021 G7 Presidency. Delegates from the competition authorities of Canada, France, Germany, Italy, Japan, the UK, and the United States were all in attendance, plus the European Commission, and 2021 G7 invitees from Australia, India, South Africa, and South Korea. Digital was on the agenda once more, as the authorities discussed common areas of interest and opportunities for potential collaboration on competition issues concerning digital markets.

In contrast to the previous summit in Paris, in 2021 the G7 competition authorities highlighted that there is growing consensus that additional mechanisms, powers, and safeguards are necessary and existing approaches should be modernised or strengthened to address the specific attributes of digital markets.

As part of the summit, the G7 competition authorities jointly published a 109-page compendium, described as an informative and useful tool for national governments, policymakers, and industry participants, as well as counterpart competition authorities and regulators grappling with similar issues.  The compendium emphasizes the “high level of commonality in the approaches that authorities are taking to address competition concerns”, as well as setting out proposals for strengthening enforcement by reforming existing powers and approaches.

The compendium also notes the increasingly complex issues facing authorities looking at digital markets, such as the role of algorithms and trying to understand “new and next-generation technologies so they can address competition concerns at an earlier stage and, ultimately, prevent harm from occurring”. To face these increasing complexities, the G7 competition authorities are strengthening institutional capabilities by creating technical teams with specialised knowledge. For example, in January 2020, the French competition authority established a dedicated Digital Economy Unit. Similarly, the UK competition authority established the Data, Technology and Analytics (DaTA) Unit. The US FTC also recently added a Chief Technologist and other technology specialists to advise the Chair and Commission on technology matters.

Perhaps the most compelling output of the 2021 Summit is the emphasis on global cooperation, given the global nature of digital markets which therefore require a global coordinated response: “Looking across jurisdictions provides valuable insight into common concerns and approaches and serves as a starting point for developing a consensus view on these global challenges.” In a joint statement from the FTC, the DOJ Antitrust Division and the CMA dated 3 December 2021, the importance of this cross-border cooperation is also highlighted – the joint statement even makes reference to the concept of “cross-border enforcement regimes”. Andrea Coscelli, Chief Executive of the CMA, also noted that G7 competition authorities “recognise that joint action across international jurisdictions is needed to ensure big tech’s dominance is not harmful to people and businesses, wherever they may call home”.

We expect more cooperation between G7 competition authorities as antitrust enforcement in the digital space continues to grow and new digital regulatory regimes are developed in the G7 countries. While the output of the meeting suggests potential for greater convergence between antitrust regimes and a growing consensus on how to tackle global challenges related to digital markets, local nuances will continue to exist making close coordination between businesses and their advisers across jurisdictions vital. In particular, G7 countries currently have (and are developing) different regulatory tools, which will lead to differing approaches. For example, the Digital Markets Act (a legislative proposal by the EU Commission, which we discuss here) establishes a list of obligations for designated gatekeepers, whereas others, such as the UK, are proposing more tailored rules for certain large digital players. How cross-border cooperation will work with differing regimes and therefore obligations remains an open question.

With market leading antitrust and regulatory teams in six of the G7 countries as well as in Brussels, we are advising at the forefront of these global enforcement developments.  We are also engaging with many of the authorities collaborating on new rules and policies, so we are continuously monitoring their impact on our clients’ business models and operations.  If you would like to discuss any of the points raised in this blog or more broadly, please don’t hesitate to contact one of the co-authors named above or your usual contact in our antitrust, competition and trade team.