Home working has been a prominent feature of the pandemic, as it was recommended - or even made compulsory - as a temporary measure across the globe. The circumstances surrounding Covid-19 led to more workers than ever working remotely, mostly from home, but sometimes from other locations or jurisdictions. Pre-pandemic, in most countries, home working was not well structured and, at best, involved resorting to individual or collective negotiation. Discussions are now taking place across Europe on how to legally structure home working in the long-term, including whether working from home should become an individual right for employees.

Most people use the terms home/tele/mobile/remote working interchangeably where, in fact, there might be differences. Teleworking is a very broad concept that allows employees to work from any place outside of the traditional workplace, using technology. During the first part of the pandemic, because of lockdown measures, employees were generally stranded at home, meaning that teleworking was effectively the same as home working. However, as we emerge from the pandemic, we expect the differences to become more visible, as we see employees working from other locations (such as their holiday rentals or shared working spaces). In this blog, we will refer to tele- and home working interchangeably. The exception to this is our comparative country table, where the wording is adjusted to reflect the wording used by national legislation.

In 2002, social partners at EU level adopted the European Framework Agreement on telework (the “Agreement”), which was aimed at ensuring greater security for teleworkers employed in the region. The Agreement recalls that teleworkers enjoy the general protection afforded to employees. It focuses on several key areas, including the specific nature of teleworking, employment conditions, data protection, privacy, equipment, health and safety, organisation of work, training of teleworkers, and the collective rights of teleworkers.

The Agreement did not create a right to telework, but rather confirmed the negotiated nature of any telework framework. It was implemented differently across Member States. It is still the only collective agreement at EU level in relation to this topic, but proposals for new framework agreements on hybrid work have just started to be published. This report by the Bruegel Think Tank proposes the adoption of such new framework agreement as a way to update the 2002 Agreement, in order to give equal rights to hybrid and non-hybrid workers. If proposals like this are adopted, employers will have to consider measures to ensure the appropriate conditions and the required treatment of hybrid workers.

The European Commission (the “Commission”) is clearly aware of the important role of teleworking in preserving jobs and production in the context of the Covid-19 crisis, as highlighted in a  May 2020 communication. The Commission has also acknowledged that telework should be associated with respecting working time and appropriate working conditions. The European Parliament is equally aware of this, having adopted a resolution on the right to disconnect in January 2021. As home working is blurring the lines between work and private life and is making attempts at having a work-life balance even more difficult, legislators have started to consider how to protect individuals’ private lives. The resolution called for the introduction of a right to disconnect in the EU’s new Occupational Safety and Health Strategy and for the proposal of a directive on the right to disconnect.

Towards a legal right to work from home in the long-term?

As we have explained, discussions are taking place on whether to create an individual right to work from home.

Recent press reports in the UK stating that the government is considering legislating to make working from home the default option have triggered confusion and controversy. There is currently a right to request flexible working in the UK if certain conditions are met, but according to a UK government spokesperson, there is no plan to create a legal right to work from home. Discussions are ongoing about whether flexible working arrangements should be made more accessible (including the right to flexible working from the first day of employment, as proposed by a recent Private Members’ Bill).

On the other hand, none of the EU jurisdictions that we looked at are having - or are planning on creating - an individual right to work from home post-pandemic. Even if there was a proposal to do so (eg. in Luxembourg), it has not even made it to the legislative process. Home working arrangements across the EU will continue to involve resorting to negotiations. In addition, the courts in some EU jurisdictions have confirmed that teleworking is not a right that can be enjoyed unilaterally, but has to be done by common agreement (eg. in France).  However, in Spain there is some discussion as to what extent the employee can leverage teleworking (when feasible), in order to be able to make their right to balance family and work effective. The Workers’ Statute provides that employees have a right to request adjustments to the duration and distribution of their working time, and the way of providing services, “including remote working”, in order to have an effective right to balance family and work life.  Although it is an expectation, rather than a right, the employer may only reject it on reasonable grounds.

Employers and individuals can expect more changes to the home working legal landscape, both at EU and local level. Employers will need to keep adjusting their flexible working policies and home working arrangements in order to comply with these changes. However, they can be reassured that, in Europe at least, home working is likely to remain of a negotiated nature. 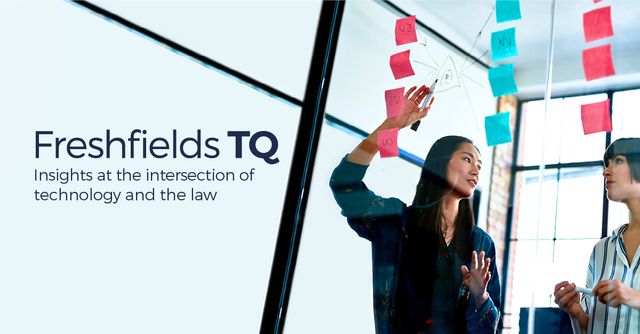