In July a significant milestone was achieved in the quest for global consensus on international tax reform when 131 of the 139 members of the Inclusive Framework reached agreement on the two-pillar solution to taxing the digital economy that the OECD has been working on for the last two years.

While the details are still to be developed, this agreement marks a significant moment for the international tax system, with global consensus being reached on some fundamental changes to the tax framework.

Although the project started by looking at the tax challenges arising from the digitalisation of the economy, the solutions are not ringfenced to ‘digital’ businesses and will apply to any multinationals that meet the relevant thresholds. In the words of the OECD, the new framework 'updates key elements of the century-old international tax system, which is no longer fit for purpose in a globalised and digitalised 21st century economy'.

Pillar one – taxing without a physical presence

One of the challenges that the OECD two-pillar approach sought to address was that increasing digitalisation of businesses meant they could generate profits in a jurisdiction without any local physical presence, and a public perception that large tech companies were not paying their ‘fair share’.

Among some Inclusive Framework members, however, there was a concern about limiting these rules purely to ‘digital’ business models; and the OECD Blueprints in October 2020 addressed this by also including consumer-facing businesses in scope.

The US administration at that time still had concerns with this approach, and its suggestion that pillar one could be adopted as an optional ‘safe harbour’ regime stymied international negotiations for over a year. With the new US administration came a change of approach, dropping the safe-harbour proposal but also moving away from a focus on digital and consumer-facing businesses and instead targeting the 'largest and most profitable multinationals'.

Whilst not all were happy with this shift of focus, the US proposals undoubtedly gave the OECD negotiations new momentum and indeed, within a few months, agreement was reached both at G7 level and now between 131 members of the Inclusive Framework.

Pillar one’s new nexus rule is revolutionary in its departure from the established principle that a company needs to have a physical presence in a jurisdiction in order for that jurisdiction to have taxing rights. The multinationals in scope are those with global turnover above €20bn and profitability above 10 per cent of revenue, with the turnover threshold potentially being reduced to €10bn in due course. A recent paper indicates that, based on these initial thresholds, only 78 of the world’s 500 largest companies will be affected.

For multinationals that are in scope, a proportion (20-30 per cent) of their residual profit (ie profit in excess of 10 per cent of revenue) (referred to as ‘Amount A’) will be allocated to market jurisdictions where the multinational enterprise (MNE) derives at least €1m revenue (or €250k for developing countries), regardless of whether the multinational has any physical presence there. Financial accounts will form the basis for calculating residual profit, with some adjustments (and with the potential to carry forward losses).

Previous concerns about segmentation of the tax base likely take a somewhat different form, now that calculation of the ‘Amount A’ tax base will no longer depend on whether an activity is ‘in scope’. The framework indicates that segmentation will only be relevant where a segment meets the relevant turnover and profitability thresholds (in circumstances where perhaps the MNE as a whole would not meet the latter).

The other major development achieved by pillar one is global acceptance of formulary apportionment concepts, ie the allocation of a multinational’s worldwide income across countries using a formula, rather than determining its profits separately in each jurisdiction via the application of the arm’s-length principle. This is an approach that was rejected for years but has now been embraced by 131 members of the Inclusive Framework. A historic moment indeed.

The exclusion of regulated financial services (as well as extractives), while headline grabbing, does not come as a surprise and had been anticipated by the OECD’s October Blueprints. The exclusion of financial services is premised on the highly regulated nature of this sector, and the regulatory requirements that mean such businesses generally maintain appropriately capitalised entities in the market jurisdictions in which they operate. As such, the rationale for having such businesses in scope does not apply here, as the profits should already be taxed in the market jurisdiction under existing tax principles.

Acknowledging the fact that the new system will create more cross-border disputes, Pillar one will also include dispute prevention and resolution mechanisms. The agreement indicates that disputes on all issues relating to Amount A will be solved in a mandatory and binding manner, although this may be elective for developing economies.

‘Amount B’ is also designed to reduce disputes by simplifying the application of the transfer-pricing rules to make it easier for tax administrations (particularly in developing economies) and taxpayers to apply. This will work by standardising the remuneration for baseline marketing and distribution functions in the market jurisdiction, with a view to increasing certainty.

The withdrawal of unilateral digital services taxes is also fundamental to the proposals, as preventing the proliferation of unilateral measures and retaliatory trade tariffs was a key aim of the project. The framework refers to ‘the removal of all Digital Service Taxes and other relevant similar measures’, although the details of which measures will have to be withdrawn and by when have not yet been articulated.

Pillar two – a race to the top?

The agreement on pillar two aims to achieve a minimum effective rate of tax using a combination of the GloBE rules (the income inclusion rule and undertaxed payment rule) and a treaty-based subject-to-tax rule. All MNEs with annual revenue of €750m or more are in scope. The proposed minimum rate for GloBE is 'at least 15 per cent'.

It is clear that consensus was harder to reach on this pillar as, rather than representing new rules that all Inclusive Framework members have agreed to adopt, this is being badged as a 'common approach'. This means that Inclusive Framework members are not required to adopt the rules, but will accept the application of the rules by other members (including by amending treaties to incorporate the subject-to-tax rule when requested); and those that do adopt will do so in accordance with agreed model rules and guidance.

One point of contention has been whether there would be a substance-based carve-out. The framework provides for a formulaic substance-based carve-out that will exclude an amount of income at least 5 per cent (or 7.5 per cent for a transitional period of five years) based on the carrying value of tangible assets and payroll. This carve out (which bears a passing resemblance to the ‘QBAI’ exclusion under the US global intangible low-taxed income (GILTI) rules) was also anticipated in the October Blueprint and justified on the basis that these elements are less mobile or less likely to lead to tax-induced distortions.

It has also been agreed that in testing an MNE’s effective tax rate against the 15 per cent minimum, pillar two will operate on a jurisdiction-by-jurisdiction basis, which limits the ability of multinationals to use tax paid in higher tax jurisdictions to offset their use of tax havens.

One point to watch will be how this interacts with the US GILTI rules, which is still being fleshed out: will the co-existence of the US GILTI rules with the OECD agreement be conditional on the GILTI rules also moving to a jurisdiction-by-jurisdiction approach? (Although the latter is proposed as part of the Biden administration’s ‘Made in America’ tax plan, it remains to be seen if this will be legislated.)

In terms of national tax sovereignty, while the framework follows the wording of the G7 Agreement in providing for a minimum rate for the GloBE rules of 'at least 15 per cent' (and a minimum nominal tax rate for the subject-to-tax rule of between 7.5 and 9 per cent), no Inclusive Framework member is required to adopt these rates, so the OECD would argue that national tax sovereignty remains intact. However, to the extent that one country does not implement the GloBE rules, the benefit of the additional tax revenue may simply pass to another country that has done so.

Not all plain sailing?

The agreement of 131 Inclusive Framework members on such major changes to the international tax system is a landmark moment, but not everyone is on board. The eight members that have not (yet) signed up are Barbados, Estonia, Hungary, Ireland, Kenya, Nigeria, St Vincent and the Grenadines, and Sri Lanka.

The fact that there are three EU member states on this list (plus Cyprus, which is not a member of the Inclusive Framework at all) may be cause for concern in terms of the implementation of the OECD agreement at an EU level, given the need for unanimity on EU tax matters and also given potential conflicts between certain aspects of the current proposals and existing EU law and case law. Concerns have also been raised around the extent to which the wishes and reservations of developing countries have been reflected in the agreement.

The other potentially tricky issue that still has to be navigated is the EU’s proposed digital levy. The US has already urged the EU to reconsider this proposal, which flies in the face of the requirement to withdraw existing (and not introduce new) unilateral digital tax measures.

There are plenty of other details still to be worked through and the October 2021 deadline for finalising the remaining technical work is almost as ambitious as the plan for implementation by 2023. However, without doubt this agreement marks a massive shift in the international tax landscape as a result of unprecedented levels of international co-operation.

'The framework updates key elements of the century-old international tax system, which is no longer fit for purpose in a globalised and digitalised 21st century economy' (OECD press release) 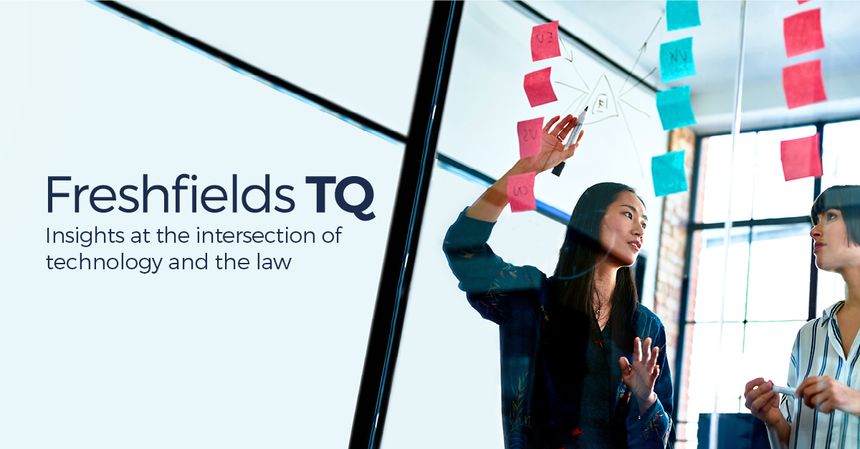