The OECD is tantalisingly close to agreement on its two-pillar approach to redesigning the international tax system, in large part due to a change of tack by the US administration. Whilst it would be an astonishing achievement to reach global consensus, it could be at the cost of sacrificing the original goal of taxing the digital economy. The US proposals have also changed the discussion on the global minimum tax. But while this could end the race to the bottom, there are still issues such as tax sovereignty that need to be resolved. There is a new impetus to reach global agreement in 2021 in order to stabilise the system and aid economic recovery post-COVID-19, but are there too many hurdles to get this over the line?

When news broke in February 2021 that the US was dropping its safe-harbour proposal in relation to OECD pillar one, there was a collective sigh of relief from proponents of the OECD’s project to address the tax challenges arising from digitalisation of the economy. A massive roadblock, which had long impeded global consensus, had finally been removed. But has it left us on the road to a different destination to the one expected?

Pillar one: moving the goalposts?

In October 2020, the OECD published two blueprints, which set out the architecture for a potential solution to taxing the digital economy. Pillar one aims to meet the challenges of an increasingly digitalised and globalised economy by introducing a new nexus rule, which moves away from the need for physical presence in a jurisdiction for taxing rights to arise.

Instead, a percentage of profits would be allocated to so-called 'market' jurisdiction(s) (ie ones where sales are made but without there necessarily being a physical presence) based on sales in that jurisdiction.

Although the details of the formula establishing exactly what level of profits would be allocated to each jurisdiction have yet to be agreed, there appears to be consensus on using some kind of formulary apportionment. This in itself is a huge step forward, given this idea was rejected out of hand at the time of the original BEPS project.

Two of the biggest challenges that remain on pillar one, as evident from the January 2021 public consultation, are that:

The Biden/Yellen compromise proposals put forward in April 2021 seek to break the deadlock on both these points. The US proposal, in the words of the OECD’s Pascal Saint-Amans, 'targets the solution on the winners of globalisation, whatever their activities are'. There would no longer be any requirement for the business to be digital or consumer-facing, but rather, the test would look at revenue and turnover thresholds focusing on the 80-100 largest global MNEs. This deals with the ringfencing issue; by including a bright line test based on the size of the MNE, this would also simplify pillar one significantly. Fabrizia Lapecorella, Director General of Finance of Italy (currently holding presidency of the G20) has indicated that preliminary feedback from most of the 139 Inclusive Framework members to this proposal has been positive. There will be 'intense work' in the coming weeks, but the general impression is that the new impetus behind the discussions may just be enough to get this over the line, subject to one rather large caveat.

The US proposal would still hit many US-headed businesses so, as a quid pro quo, the US is insisting on the withdrawal of unilateral digital tax measures. This is unsurprising and, indeed, stopping the proliferation of unilateral digital measures is one of the key aims of the OECD project.

However, one of the other drivers for change in this area is political and, in particular, addressing the public perception that digital companies are not paying their 'fair share' when it comes to tax. Although the proposals will give the public their pound of flesh from the biggest multinationals, these will not necessarily be digital businesses. Will this be enough? The EU thinks not.

The EU has been considering its own digital tax for several years and in 2018 agreed to put this on hold pending the outcome of the OECD discussions. However, the COVID-19 pandemic has led to a shift in thinking and a more pressing need to raise resources to finance the NextGenerationEU recovery fund and it seems the OECD plans alone will not raise enough money for EU coffers. Therefore, in July 2020 the European Commission was tasked by EU heads of state in government to put together a digital levy.

Benjamin Angel, Director DG TAXUD at the European Commission suggests that this is 'nothing to do with the OECD discussions' but reflects the fact that the digital sector has advantages over traditional bricks-and-mortar businesses and the tax system has to deal with the structural shift in the economy.

Despite Angel’s insistence that the EU digital levy will have a 'different narrative' to the OECD plans, this is precisely the narrative that the OECD originally set out to address. And it does appear that someone has moved the goalposts for the OECD, such that the need to find a global consensus seems to have somehow trumped the need to modernise the international tax system to address the challenges of an increasingly digitalised economy.

To borrow the metaphor used by Mike Williams of HM Treasury earlier on in this process, it feels as though they haven’t really answered the exam question that was set. But putting this to one side for a moment, it is unclear how the EU digital levy can go ahead given the requirement that all unilateral digital tax measures be withdrawn. Could this be a deal-breaker for the US? Could this run the risk of making the whole process unravel?

Pillar two: the end of the race to the bottom?

The change in US administration has also given new momentum to the discussions on pillar two. This pillar seeks to regulate tax competition and end the 'race to the bottom' in terms of tax rates by introducing a global minimum rate of tax. The idea is to create a level playing field so that MNEs can operate without tax rates distorting investment decisions. Lapecorella notes that technical work is well advanced on this pillar, although the main concern coming out of the public consultation was simplification and preventing undue administrative burdens on tax administrations and businesses. And, of course, there is the ever-thorny question of what that minimum rate should be.

Saint-Amans describes the Biden/Yellen proposal on pillar two as providing a 'more stringent, simpler, bolder solution'. It has emerged that previous discussions on the global minimum rate were around 12.5 per cent.

Against this backdrop, the rate of 21 per cent proposed by the US is indeed bold. In addition, to ensure pillar two has more 'bite', the US has proposed reducing the number of carve outs and a move to jurisdictional rather than global blending (thereby reducing the ability of MNEs to offset their use of tax havens through tax paid in other jurisdictions).

The proposal is backed up by increases in US domestic rates such that the US will have skin in the game. But Secretary Yellen has made it clear that 'America first must never mean America alone'.

While some, notably including the Netherlands, have embraced the 21 per cent rate as an historic opportunity to get rid of tax havens, others (such as France, Ireland and India) are clearly more wary.

The Irish Finance Minister, Paschal Donohoe, has commented that the proposals could cost Ireland one-fifth of their corporate tax revenue. While he remained confident that agreement on both pillars can be reached, he has defended the Irish 12.5 per cent rate as being in the ambit of 'healthy tax competition', noting that any agreement has to respect sovereignty and must work for smaller countries which, in his view, need to be able to use tax policies to overcome the advantages that other larger countries might have.

Saint-Amans notes that, unlike pillar one, it is not necessary that everyone agrees to pillar two, although it would be more efficient and effective if measures are co-ordinated. He sees no threat to the sovereignty of lower-tax jurisdictions. The OECD plans will not force jurisdictions that do not currently impose corporate income tax (or who tax at lower levels) to change approach, but such jurisdictions cannot prevent other countries from asserting their own sovereignty to tax their multinationals. In his view, governments that have supported business through the pandemic now expect companies to pay back into the system as a matter of fairness and to help create a sustainable recovery.

The road to 'tax peace'

It is clear that there is a general desire to stabilise the international tax system and achieve what Saint-Amans refers to as 'tax peace': limiting unilateral tax measures and retaliatory trade measures. In a post-COVID-19 world, it is not hard to recognise that such measures (tax wars?) are bad for growth and sustainable economic recovery.

Without doubt, the change of US administration has given the OECD negotiations on both pillars a new dynamic. There appears to be renewed optimism that a global solution can be found. The simpler approach proposed by the US unblocks the path to agreement. There is also pressure to meet the revised mid-2021 deadline, although Saint-Amans has already mentioned that some details may not be available until October. However, as Lapercorella puts it, it is a question of credibility: there is a need to show that concrete results can be achieved.

That said, even if it is possible to meet the mid-2021 deadline for global consensus, the challenges do not stop there. The next step will be implementation. Pillar one is likely to need a new multilateral instrument to amend bilateral treaties, although pillar two could be achieved with changes to domestic law.

From an EU perspective, this raises interesting questions given the need for unanimity on tax matters. Whilst it will be up to member states  to sign and ratify any multilateral convention, Angel notes that some elements will need to be in a directive to ensure they have equal impact in all EU member states and existing directives (such as ATAD and the Parent Subsidiary Directive) may also need to be amended. Given the difference in views of EU member states, particularly on the appropriate global minimum tax rate, this may be challenging.

In addition, to achieve stability and tax peace, it will be crucial to provide certainty both in terms of dispute prevention and dispute resolution as well as an effective mechanism to ensure the withdrawal of unilateral measures. As the EU already has its eye on introducing a new levy which looks and feels very much like the type of measure that will have to be withdrawn, it remains to be seen whether the OECD plan can ultimately bring the stability and certainty that the measures now seem to be focusing on.

It seems that somewhere along the journey, the aim of taxing the digital economy has been replaced with the need for tax peace. Whilst this might not be where we were originally going, perhaps it is not such a bad final destination...if we can get there. 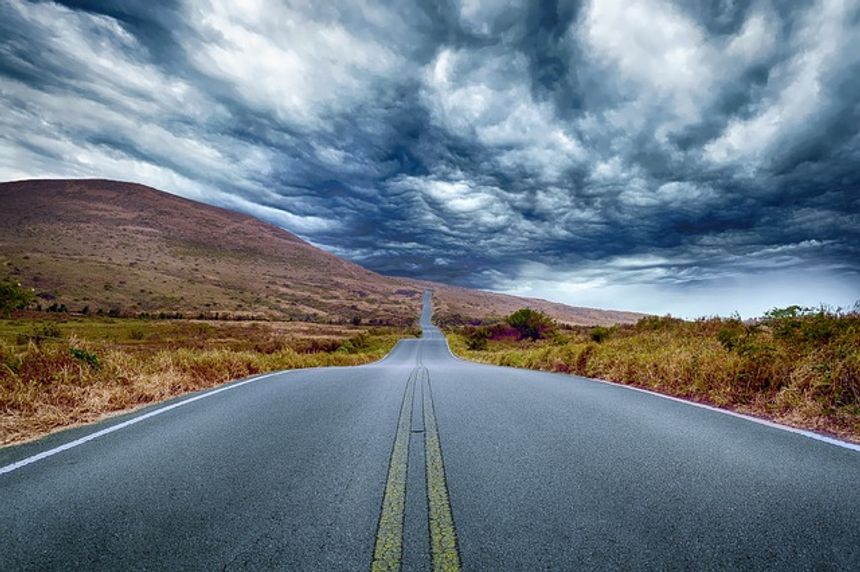