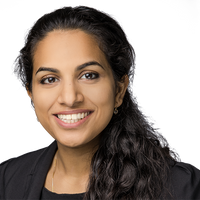 On 22 April 2021 the UK Jurisdiction Taskforce, chaired by Sir Geoffrey Vos, Master of the Rolls, published its Digital Dispute Resolution Rules (the Rules).

The Rules aim to enable the efficient resolution of disputes arising out of new technologies such as cryptocurrencies, smart contracts and distributed ledger technology. The Rules represent a welcome development for a rapidly growing industry in need of a tailored set of rules to facilitate dispute settlement.

Under the Rules, disputes may be submitted to arbitration under the English Arbitration Act 1996 or, alternatively, to expert determination.

Some of the unique features of the Rules include a short default procedural timetable, possible anonymity of the parties, the designation of the Society for Computers and the Law as an appointing body for arbitrators, and automatic (“on-chain”) dispute resolution processes.

One of the key objectives of the Rules is to ensure that disputes will be resolved quickly and efficiently. The default period for the resolution of a dispute is 30 days from the constitution of the tribunal -- a significantly shorter period than the usual timetable envisioned in existing institutional arbitration rules. The Rules also provide for the dispute to be determined primarily based on written submissions without an oral hearing. But depending on the complexity of the dispute, parties may agree upon or request a longer timetable which includes the possibility of a hearing.

Optional anonymity of the parties

The Rules allow for the parties to remain anonymous to each other -- a key feature of some digital technologies like blockchain. Parties who have contracted anonymously on a blockchain may wish to keep their identities confidential. In such cases, the details of the parties’ identities will be provided to the tribunal alone, but not to each other.

Appointment of arbitrators by the Society for Computers and Law

The Rules envisage the possibility of arbitrators being able to implement decisions directly on a blockchain or within a digital asset system (known as “on-chain” dispute resolution). “On-chain” resolution involves the automatic execution of an award without the involvement of any third parties and without any additional enforcement action by a party. An arbitral tribunal could, for example, enable compensation to be automatically paid into the successful party’s digital wallet within a distributed ledger system.

The full text of the Rules can be found here.