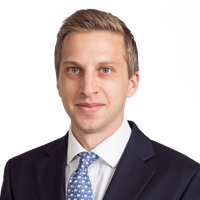 What should we expect?

The legal framework for digital services in the EU has been largely unchanged since the adoption of the e-Commerce Directive in 2000. The e-Commerce Directive has been instrumental in regulating digital services in the EU – and shielding many online intermediaries from liability for hosted user content. However, the digital landscape today is very different to what it was twenty years ago. Digital services platforms like social networks, search engines, marketplaces and content-sharing platforms are central to the way consumers share information and communicate. New platforms come with new risks (including trading in illegal goods and services or the dissemination of disinformation), calling into question the safety of vulnerable users.

Despite the success of the long-standing principles established by the e-Commerce Directive, some stakeholders argue that the current framework is out of date. Some Member States have addressed these concerns at a national level, leading to fragmentation within the EU in respect of how obligations imposed on platforms are applied. With this in mind, the European Commission has recently spent time considering how to bring the law up-to-date (with an eye on establishing coherence with other instruments such as the Directive on Copyright in the Digital Single Market), and announced a new ‘Digital Services Act’ as a measure for shaping Europe's digital future.

The Commission's goal is to further develop the European single market for digital services and clarify responsibilities for those services, whilst promoting innovation, growth and competitiveness whilst protecting individuals’ fundamental rights. The Commission has considered three options, varying from light-touch fixes to the e-Commerce Directive to a more comprehensive update.

The Commission invited stakeholder feedback through a public consultation on these options. Compared to other significant Commission initiatives, such as its White Paper on Artificial Intelligence, which received 1,215 responses, the consultation on the Digital Services Act received more than 3,000 responses, highlighting the huge interest from industry, civil society organisations and national governments.

Despite the volume of feedback, the Commission’s thinking is well advanced, and we will likely see an update of the e-Commerce Directive’s rules, coupled with additional responsibilities for larger platforms and greater enforcement by, and cooperation between, Member States.

If the Commission proceeds in the direction of the third option:

On 2 December 2020, the Commission plans to publish the ‘Digital Services Act’ as part of a wider package together with an initiative imposing ex ante rules on large online platforms acting as gatekeepers (as well as increased powers for the EU to pre-emptively investigate digital markets). We will share more detailed reaction to these initiatives and what they mean for businesses, once the text is made available.

It remains to be seen whether the UK will implement similar rules at the end of the Brexit transitional period or whether the UK will choose to diverge from the EU in this area. Of course, digital services are global in nature and UK (and other international) businesses will likely be affected by the Digital Services Act in any event.