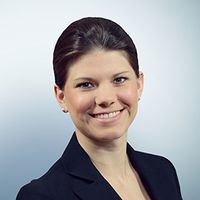 In 2020, further steps will be taken to make German competition law fit for the digital economy and to modernise the rules on the abuse of market power. This comes at a time when discussions and initiatives on an EU-level, and in other jurisdictions, on how to deal with and regulate digital markets in various areas (incl. competition law, privacy rules and platform regulation) are ongoing. The new German competition rules may well serve as an inspiration and benchmark for other legislators worldwide.

After reforming the German competition rules in 2017, the German Federal Ministry for Economic Affairs and Energy has drafted a proposal for further amendments to the Act against Restraints of Competition (ARC) (GWB-Digitalisierungsgesetz). These amendments intend to tackle any misuse of power in digital markets and builds upon suggestions made by the Competition Law Commission 4.0, and DICE Consult, an independent competition think tank (see here). They have also been drafted in consideration of the international debate including relevant reports. Today, the draft legislation has officially been published (see here) and formal consultations with relevant trade organisations have been initiated by the Ministry; an oral hearing will be held on 18 February 2020.

The envisaged changes for the digital economy are far-reaching and will certainly be the subject of continued lively discussions in the coming months. If implemented as suggested, they would create new risks and opportunities for businesses in the digital world and beyond. They would not only raise questions on how to apply and interpret the new rules but are also likely to trigger investigations by the German Bundeskartellamt, the national competition regulator, as well as private enforcement actions (in or outside civil courts). It will therefore be imperative to ensure that the new rules and their enforcement strike the right balance so that innovation, growth and competition in digital markets is indeed fostered. Companies need to be aware of the current draft legislation, and in turn, actively participate in its discussion.

The upcoming reform will modify various aspects of Germany’s competition law (e.g. implementation of the ECN+ Directive 2019/1, speeding up and simplification of proceedings, merger control and cartel damages). However, in this blog entry we focus on those main aspects pertaining to the enforcement of competition law in the digital world:

1. New concept of abuse and intervention powers in relation to companies with so-called ‘paramount significance for competition across markets’

The Ministry is concerned that established players dominant on some platform or network markets may be able to rapidly transfer this power and to expand their own business into new markets and sectors, as this might make it more difficult to challenge their position.

To tackle this issue, the draft proposal introduces an entirely new concept of abuse. This concept targets companies with so-called ‘paramount cross-market significance’ and goes hand in hand with new intervention powers for the Bundeskartellamt. The regulator could then control large digital players at an early stage (i.e. even when they are not (yet) dominant) if they occupy such a paramount position. In its assessment, the Bundeskartellamt would not only consider one single market, but could look across markets taking into account criteria such as those set out in the new provision (e.g. its dominance on one or several markets, financial strength, access to data or other resources, vertical integration). If the regulator finds that a company is of paramount significance for competition across markets, it may issue an order in this respect and could then prohibit the company from conducting a number of practices, as listed in the new law, unless such practice is objectively justified. The list of conduct considered to be problematic includes strategies:

The order establishing the company’s position that would trigger the special behavioural requirements, and the decision prohibiting such behaviour may be issued simultaneously. Another challenge for businesses arising from this new concept would be that companies (and not as it would normally be the case the Bundeskartellamt) would have to bear the burden of proof that the behaviour which may have anti- and pro-competitive effects is objectively justified.

Intermediaries (such as multi-sided digital platforms) have become increasingly important for businesses which rely on them to offer their products or services. Because being visible on platforms (e.g. ‘listings’ and ‘rankings’) is crucial for the commercial success of businesses, these platforms may be in the position to largely control access to the market.

As this power could be prone to abusive behaviour, the Ministry suggests extending the list of criteria on how to evaluate the market power of digital players (as introduced by the previous reform of the ARC) by introducing the concept of the ‘intermediation power’ (Intermediationsmacht). This means that the importance of the intermediary services in providing access to markets will be taken into account when considering the intermediaries’ market power.

Although presented as a mere clarification of the law, nevertheless, it could likely facilitate the finding of dominance by regulators, courts and private players. Consequently, the intermediary would then need to comply with dominance rules and would run the risk that a particular type of behaviour could be challenged as being abusive.

Data is the fuel of the digital economy. There is debate on whether companies should be forced to grant access to data and how to regulate such access.

In order to strengthen a competition law-based right of access, the Ministry intends to rephrase and broaden the provision on the current so-called ‘essential facility doctrine’, which may amount to extensive obligations for dominant players. It wishes to clarify that not only refusing access to physical infrastructures by dominant players may be abusive, but that the denial to grant access to data, networks or other infrastructure facilities (e.g. interfaces) to another company could also qualify as an abuse. This may be the case if the latter needs such access to do business (on upstream or downstream markets, e.g. to provide certain services), and if otherwise, effective competition may be eliminated. However, dominant players could refuse to give access if there is an objective justification for doing so and may request an adequate consideration for granting access.

In Germany, companies that have ‘relative market power’ are not allowed to abuse this power. However, only small or medium sized companies (SME) can currently rely on this prohibition.

The Ministry now suggests protection for large companies from abusive behaviour of both traditional and digital players (like platform operators and networks) as they may also be dependent upon them. This would also explicitly include intermediaries (e.g. information or comparison platforms) if companies are dependent on their services to access procurement or sales markets.

Accordingly, more enforcement activity can be expected in this area since the Ministry’s suggestion will broaden the scope of both – companies that are protected and those that might be challenged.

5. Access to data in cases of relative market power

As already discussed, it is proposed that this new law may require dominant players to give other companies access to their data (see above) as the use of data may be crucial for providing services, innovation and competition in the digital arena.

For the same reasons, the Ministry intends to clarify that a company may be dependent on a (non-dominant) player with (only) relative market power, if this company needs access to data controlled by the other stronger player to provide its own services. This may, for instance, be the case in value-creation network or multi-stakeholder scenarios if several companies need data to provide their services, but did not contract for the right to access such data that is held by the stronger player due to an imbalance of market / negotiation power. The right to access may even include data for which a business transaction has not yet been commenced (i.e. that has only been used internally so far). This would be a real novelty.

In any event, any call for access to data will require a balancing of all relevant circumstances in each individual case (Unbilligkeitsprüfung) (e.g. costs, data protection rules, contributions to data collection, etc.) – often, this assessment will not be straight forward. Also, it goes without saying that any sharing of data must be in line with data protection rules.

Digital markets with so-called strong positive network effects might ‘tip’ in favour of the strongest player – leading to a monopoly. Right now, the Bundeskartellamt does not have the power to intervene if a strong (but non-dominant) company would unilaterally try to actively trigger a tipping of the markets in an anti-competitive manner.

The new provision would provide for an early intervention so that the regulator could step in before the relevant company is dominant. It could prohibit companies with superior market power to hinder competitors from achieving its own positive network effects if this would lead to a serious risk of significantly restricting competition (e.g. prohibiting or hindering multi-homing or making switching to another platform more difficult).

However, as it would be difficult to draw the line between legitimate business strategies and potentially anti-competitive behaviour, it will be challenging to apply this provision in practice. This is especially true as the mere risk of a negative impact on competition would be sufficient – i.e. no actual negative effects would need to be shown.

As digital markets are very dynamic, and to allow for the possibility of intervention before it is too late, the new rules would make it easier for the Bundeskartellamt to order interim measures.

The good news is that under the new rules companies could ask the Bundeskartellamt to confirm that there are no grounds for it to take any actions if they would like to cooperate with competitors if they can demonstrate a substantial legal and economic interest in such a decision. In light of this, companies could ascertain greater legal certainty before rolling-out new (digital) business models requiring cooperation between competing players.

The draft legislation also suggests new rules to capture the successive acquisition of smaller companies as there is a fear that these transactions which currently do not need to be notified may lead to a monopolisation of markets. This new regime could also be applied to so-called ‘killer acquisitions’ (i.e. companies buying innovative targets to discontinue the development of their innovative products which may otherwise compete with the acquirer’s own products in the future).

The Bundeskartellamt could request a company to notify any transaction in one or several sectors if the acquirer achieved turnover of more than € 250m worldwide in the last business year and if there are reasons to believe that further transactions might restrict competition in a specific sector (e.g. based on the learnings from a sector inquiry, complaints or because a company is successively acquiring smaller competitors or newcomers). Any transaction will, however, only be notifiable if the target generated turnover of more than € 2m, thereof 2/3 in Germany. Additionally, such a notification obligation would be limited to three years.

The Ministry expects that this new regime will be relevant only for one to three companies per year.

Currently, it is expected that the new law could be passed in the second half of 2020. The new German rules will have a major impact on the enforcement practice of the Bundeskartellamt in the digital sector, and on digital companies. They may well trigger similar changes in other jurisdictions. 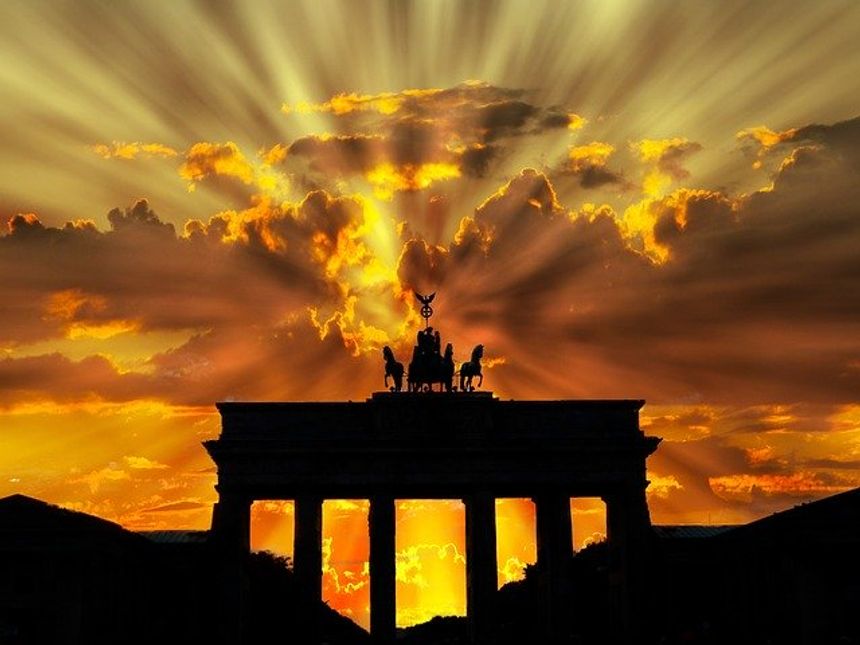