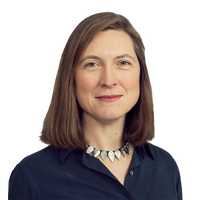 Freshfields sent a team of lawyers to last week's Web Summit in Lisbon to absorb the debate and connect with some of the leading thinkers in the industry.

This is what we took away from the world’s biggest tech event.

Tech offers huge opportunities and can be a force for good. But it is also a focus for today’s societal angst, particularly about corporate purpose, the wealth divide and workers‘ welfare in the fourth industrial revolution.

Europe is more focused on the need for regulation than other regions, as governments struggle to understand the implications of tech advances and depend on tech companies themselves to self-regulate.

At the Corporate Innovation Summit – the precursor to Web Summit – the discussion revolved around how to drive innovation within large corporates. It was interesting to hear how some of the world’s most successful businesses are learning from startups, establishing lean, agile innovation units unencumbered by the governance structures that bring order to the operations of global companies.

At Web Summit there was lots of debate about embracing regulation in relation to data and AI, with GDPR being front and centre. The biggest tech players all described the ethical frameworks they have in place to guide their thinking. With business often one step ahead of regulatory authorities, it’s clear this is an important factor in ensuring society can trust new technology.

Leaders of the world’s biggest technology companies talked in keynote after keynote about the transformative ability of technology to effect positive influence on the world. So it was hard to escape the notion that profit and economics were merely secondary concerns. That may not be the case, but Web Summit 2019 was a forum where progress, not money, was the name of the game.

What struck me across all sessions was the mix of optimism and caution about the opportunities, risks and implications of tech, particularly AI and the use of data. There was a big consensus that AI will help to solve many of humankind's problems and make our lives easier. But there was also a strong sentiment that stakeholders, including regulators, must now put in place strong foundations for how we use the technology.

Looking back, there were two points that stood out for me. First, Ro Khanna, the Democrat representative for Silicon Valley, talked about the need to regulate big tech so that ‘our values shape technology and not the other way round’. This should be a key guiding principle for regulators when developing regulatory frameworks for big tech, but also for all users of technology in considering how they use it every day and what role they want it to play in their lives.

Uber’s chief product officer Manik Gupta also talked about the fact that innovation requires constant introspection. There was a big debate within Uber about whether to allow users to pay with cash. For many this seemed regressive, but Uber went for it and now 40 per cent of its customers use cash as a method of payment. This underscores the point that innovation requires 360-degree thinking and consideration of all possible solutions – even those which may initially seem backward-looking.

Several speakers highlighted the importance of regulation and antitrust enforcement in the tech space. Brad Smith, President of Microsoft, drew parallels between the antitrust investigations into Microsoft that concluded in the early 2000s and the current investigations into Google, Amazon, Facebook and Apple. Rather than slowing down tech developments, he stressed the importance of governments and regulators keeping up with the rapid evolution of technology, particularly AI and machine learning.

US Congressman Ro Khanna said that, in his view, the EU is ahead of the curve in terms of antitrust enforcement. But he warned that the ultimate goal of antitrust rules should be the protection of consumers and not individual competitors, and advocated for a more holistic regulatory approach to deal with rapid tech developments and ensure that nobody is left behind.

My favourite big-picture takeaway was that, in healthcare, we are moving from a system of abstract clinical studies to the real-life collection of data. This generates two exciting opportunities:

Pair these with quantum computing, AI, robotics and the recent uptick in investments into the e-health space, and we could soon see a supercharged transformation of the healthcare system.

One of the most interesting themes for me was that we are still in the foothills of what tech can do and how it can change our lives, yet there is now a discernible sense that the novelty of technology has worn off. Settled thinking is emerging about how tech should be applied to the real world to make it sustainable and properly useful to us all.

Edward Snowden and Margrethe Vestager made different but ultimately related points on this: Mr Snowden said that ‘the only way to protect anyone is to protect everyone’, while Ms Vestager said that ‘we may have new technology but we don’t have new values. Dignity, integrity, humanity, equality – they are the same.'

My favourite quote came from Natalia Oropeza, Siemens’ chief cyber security officer, who said: ‘We will not survive the next 10 years if we are not collaborating and standing together on cyber security!’

She was very clear on this point, which she made at the beginning and the end of her presentation on Tuesday. Her principle concern is that critical infrastructures – electricity grids, key power and production plants, satellites – can, if hacked, have a much more immediate and devastating impact than the loss of personal data.

In response, Siemens started working systematically to address cyber security in 1986 and today employs 1,300 experts around the globe. It has also initiated an industry alliance to combat threats called Charter of Trust, which includes large corporates such as Airbus, IBM, Cisco, Daimler and Allianz. I was particularly struck by her ‘five maxims to deal with cyber risk’:

Ultimately you need to be responsible for you data use and the devices you sanction for employees.

What resonated most with me is the real and current focus on the interplay between ethics and technology. The theme featured prominently in many of the keynote speeches, with speakers emphasising the need for the tech community and governments to work together constructively and proactively. There were calls for appropriate ‘guard rails’ to be put in place to ensure we protect against the unethical – and unintended – use of tech such as AI

I was surprised to hear many of the companies participating at Web Summit call for more regulation rather than less, which is what we are used to! Reinforcing this message, Ro Khanna said the US was missing an opportunity to engage businesses and society, while Europe was taking the lead on data protection.

There was also a call for talent and to close the digital skills gap – this links with the theme of what to do with those who are being left behind, and the need, now that technology itself allows it, to have a wider spread of opportunities. The message was that it shouldn’t be necessary for anyone who wants to fulfil the American Dream to go to Palo Alto, which I can also see in my own country, Spain, where there is a perceived need to move to Madrid or Barcelona if you want to work in tech. I guess the same applies to other countries with big cities. And these opportunities are obviously linked to education.

Elsewhere I heard interesting conversations about reputation and the fact that just doing what is legal is not enough. This was particularly so in relation to tax – the sense was that tech companies have ‘created’ a bad reputation for themselves by doing something that is not illegal but goes against what the majority think they should do. This also links with several discussions on purpose and the fact that making profits is no longer enough. There is real momentum behind the idea that companies need to assess the impact they have in communities, and to set strong values. These sorts of themes around culture resonate with what we are doing ourselves, and how we are advising clients in terms of their culture and behaviour.

In terms of the best quotes, I loved the one at the opening of a session on the Future Societies stage on Thursday: ‘Technology could and should be a force for good’. John Tye of Whistleblower Aid said that ‘whistleblowing is a key element in the defence of the rule of law’. He also said several times during his presentation that the first thing any whistleblower should do is speak to a lawyer (although this is a US perspective and applies when disclosing confidential information).

It was interesting that AI formed such a central theme, from Leo Pharma’s presentation on the role that AI-driven health-tech can play in the future of healthcare, to Commissioner Vestager’s forward-looking focus on preventing bias in AI.

The most interesting session I attended looked at the evolution of the car industry. This is a 100-year-old sector with business models to match, yet the desires of motorists are radically different today compared to even a decade ago. As with any mass-market product, cars have always been a compromise. Yet the trend now is to give consumers the vehicles they want.

The consensus around self-driving cars is that they’re likely to be later to market than first thought. We probably won’t see mass adoption in the next five years, and realistically we are looking at 10 to 20 years before autonomous vehicles are available at a price most people can afford.

A key focus for the industry right now is electrification and to an extent connectivity. This move away from fossil fuels ties in with another key trend – the optimisation of urban mobility. Here there are a number of important goals: safer roads, less congestion and a reduced carbon footprint. Cities and the auto supply chain are working together to make this happen through technology, but it’s clear that for mobility there is no ‘one-size-fits-all’ solution. We move differently through cities than we do non-urban environments, and even within this there are regional nuances when comparing Asia, Europe and the US. Technology can be a game-changer for urban mobility, but to make it work it’s imperative that industry and regulators also join forces.