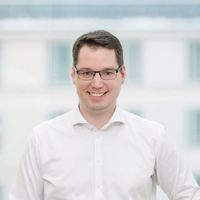 The ECJ ruled on 7 August 2018 that an unauthorized re-posting of a publicly accessible photo on a website can infringe the rights of the photographer (see Renckhoff, C-161/17, press release)

Background of the dispute: A photographer, Mr Renckhoff, authorised the operator of a travel website to publish one of his photographs showing the city of Cordoba on their website (on which it was freely accessible). A pupil in Germany downloaded that photograph from the travel website. She used it to illustrate a school presentation. The photo was then published on the school website. The photographer brought an action against the Land North Rhein-Westphalia (and initially also the school in question) before the German courts seeking an order prohibiting the reproduction of his photograph and also claimed damages.

Litigation went up to the German Federal Court of Justice (Bundesgerichtshof, BGH) which decided to stay the proceedings and to refer the case to the ECJ for a preliminary ruling. The BGH wanted to know whether the concept of “communication to the public” within the meaning of Article 3(1) of the InfoSoc Directive (Directive 2001/29/EC) covers the posting on a website of a photograph which has been previously published on another website without any restrictions preventing it from being downloaded and with the consent of the copyright holder.

Ruling of the ECJ: The ECJ did not follow the arguments of the AG. Rather it ruled that the concept of communication to the public within the meaning of Article 3(1) of InfoSoc Directive covers the posting on one website of a photograph previously posted, without any restriction preventing it from being downloaded and with the consent of the copyright holder, on another website. In its judgment the Court also made clear the re-posting of a photograph cannot be compared with hyperlinking, inter alia because a re-posted work may remain available on the website it is re-posted, irrespective of the prior consent of the author and despite an action by which the rightholder decides no longer to communicate his work on the website on which it was initially communicated with his consent.

Implications: The decision of the ECJ is in line with previous judgments. It backs the rights of copyright owners and assures that they retain control over their works also in the internet. It remains to be seen whether the decision leads to further enforcement activities of copyright owners. Businesses are in any event well-advised to act with great care when selecting third-party content for publication on their websites.