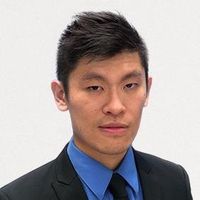 The main event on the third day of Hong Kong Fintech Week was the Hong Kong Fintech Community Conference 2016, during which a variety of Fintech topics were discussed and debated, including the Asian Fintech landscape, China’s dominance as a global Fintech innovation leader and Hong Kong’s emergence as a Fintech hub.

In his opening speech, the Secretary for Financial Services & Treasury Bureau, Andrew Wong, stated that the Hong Kong Government has taken significant steps to cultivate, grow and develop Fintech in Hong Kong, evidenced by the HKMA’s establishment of a Fintech regulatory ‘sandbox’ and the HKMA’s partnership with establishment of the HKMA-ASTRI Fintech Innovation Hub. Mr. Wong also announced that the Hong Kong Government has pledged an additional HK$2 billion (US$250 million) into an Innovation and Technology Venture Fund, whereby the Hong Kong Government will co-invest with global venture capital funds in local start-ups, including Fintech startups. The fund is in addition to the existing $200m (US$25 million) Cyberport Macro Fund for investing in its technology start-ups, which assists companies housed at the government-backed Cyberport’s incubator to advance from the seed funding stage.

A consistent point of debate amongst the speakers and panelists throughout the day was Hong Kong’s position as a Fintech hub vis-a-vis other Asian jurisdictions, particularly Singapore.

While none of the panelists disputed Hong Kong’s status as a leading international financial centre and the potential for Hong Kong to grow and thrive as a Fintech hub, driven by its close connection mainland China, a number of speakers felt that Singapore has so far been quicker in taking steps to create a regulatory, technological and cultural environment for the development of the Fintech ecosystem.

But these are still early days and many of the speakers agreed that the Hong Kong financial services sector is ripe for disruption through Fintech. Hong Kong’s banking sector is extremely concentrated, with only a handful of brick and mortar banks dominating deposit-taking and other core banking services.

The proposition put forward is that this high level of concentration and deeply entrenched traditional banking model should result in a greater opportunity for disruption through Fintech, on the assumption that Fintech solutions offer substantive advantages as compared to the existing delivery of banking services. For example, the emergence of a virtual bank such as WeBank of the PRC could potentially cause disruption to the traditional banking market.

In relation to the role of Hong Kong’s regulators in the development of Fintech, one speaker took the view that reaching out to the start-up community and establishing dedicated Fintech contact points is important, but does not go far enough. However, such criticism may be slightly unfair or premature. It is too early to say whether the UK/Singapore regulators' approach is objectively better than the approach in Hong Kong. Both the SFC and HKMA have taken steps to encourage and embrace Fintech and Regtech (and continue to do so), though they are employing a strategy which takes into account their knowledge and experience of the Hong Kong financial services market rather than copying models adopted in other jurisdictions.

Regulators also need to demonstrate that they embrace and adopt Fintech technologies in their monitoring of market participants to truly accelerate the acceptance and development of Fintech in Hong Kong. The SFC’s pilot Regtech scheme and the HKMA’s Cybersecurity Fortification Initiative were cited as good examples of regulators taking steps to embrace Fintech.