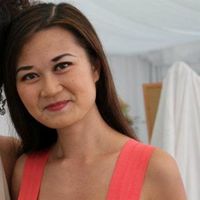 In light of proposals from the financial industry that Fintech solutions should be adopted for client onboarding, the Hong Kong Securities and Futures Commission (SFC) has recently issued guidance on the Know-Your-Client requirements for financial intermediaries in the context of non-face-to-face account opening. In particular, the SFC has recognised the validity of e-signatures for verifying client identity in certain situations. According to press reports, this has been welcomed by the industry, while some market participants expect the establishment of new business relationships with overseas clients – in particular Mainland Chinese clients – to be easier as a result of the latest guidance.

To ensure the integrity of the customer due diligence process, the SFC has also clarified that where an intermediary appoints an affiliate to conduct client identity verification for the purposes of account opening, the SFC would expect such an affiliate to be a regulated financial institution.

Regarding the industry’s suggestions regarding, for example, the use of biometrics in account opening, the SFC considered that any such use of technology in overseas markets would be largely for transaction authorisation rather than client onboading. The SFC however stated that it would keep in view technology developments and would continue its engagement with the industry in this regard.