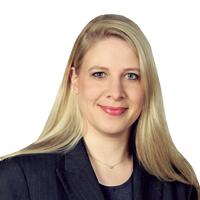 Nearly every car-maker now has an autonomous vehicle programme. But the rules and regulations around actually driving autonomous cars on public roads remain uncertain.

In this update, we take a look at what's happening in California. Next time, we'll examine the regulatory scene in the US at the federal level.

As the country's largest car market, the Golden State has a history of writing de facto rules for the entire auto-manufacturing industry.

With the December 2015 publication of draft regulations on the deployment of autonomous cars, California is now among the first places in the US to create a framework for testing autonomous driving technology too.

Issued by the state's Department of Motor Vehicles (DMV), the rules set out a variety of requirements for manufacturers to ensure the safe operation of autonomous cars on the public highway.

Also worthy of note is the rule that the (human) driver remains responsible for any traffic violations.

Don't let go of the wheel

Manufacturers do not (yet) have a unified, open-source codebase that would allow different makes of driverless vehicles to communicate with each other.

This might be one of the reasons the draft rules, while creating a regulatory framework to ensure safety and security, address autonomous tech in its most limited form and may be fairly narrow and restrictive in practice.

The DMV doesn't rule out allowing fully driverless vehicles at some point in the future. But even so, Google has been a high-profile critic of its approach. A spokesman said that, with these rules 'California maintains the same old status quo and falls short on allowing this technology to reach its full potential'.

The regulations, which aren't expected to be finalised before the end of this year, give us some insight into how legislators may deal with self-driving technology once past the testing phase.

The way the draft rules are framed suggests a lack of trust in the new technology.

Manufacturers of autonomous vehicles will have to rigorously test their products before full deployment. And, even then, there's a feeling that unforeseen scenarios will still arise.

Still, the rules do make things a little clearer for companies concentrating on partial autonomy, like Audi, BMW and Tesla. This type of technology, which allows drivers to switch in and out of autonomous mode, is likely to cut the number of crashes caused by distracted, sleepy or (regrettably) drunk drivers and make long drives more comfortable.

But for Google and anyone else seeking to eliminate the human driver completely, the future is less clear.

The draft rules probably won't be the last word in California or elsewhere as legislators, auto-manufacturers, industry groups and experts try to define and work with this new technology.

In essence, auto-makers need to do more to convince the rule-makers that autonomous doesn't mean hazardous.

The regulations for the post-testing deployment of autonomous vehicles are currently under development. The regulations will establish the requirements that manufacturers must meet to certify that their autonomous vehicle has been successfully tested, meets certain safety requirements, and is ready for the general public to operate on public roads.